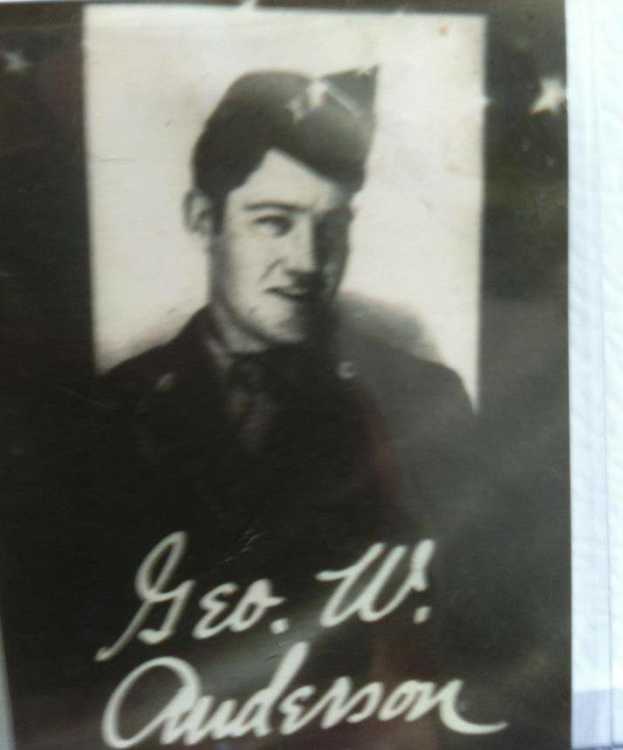 George Wesley Anderson, my father, and WWII Vetern of the Pacific Theatre.

In my mind today I'm remembering those who gave their entire being, existence on earth, for their country. I remember teaching American History and the amazement that my students' faces had when we dove deep into the carnage and trappings of war. It was and is terrifying.

Imagine looking over the bluffs of NYC and seeing the massive British fleet approaching the shore. Think about the thousands of strewn dead at Gettysburg and Antietam as former slaves buried their bodies where ponds and streams turned red with blood. Can you imagine being on a boat that stormed the beaches of Normandy while German snipers sat at the top picking the men off one by one? Or the eeriness of being in a jungle in Vietnam fighting and invisible enemy? What about fighting in the Gulf War or Iraq and stepping on an IED or being bombed on the roadside? War. Some say it's a necessary evil. Others argue that no good comes from war. It's like the song asks, "War! What is it good for? Absolutely nothing!" Whatever your opinion, the ones who were there fighting deserve the respect of their civilians hence Memorial Day.

Those of our men and women who served are to be commended. They really risk it all, everything. Some lose their future as well as their unborn children's futures. Parents lose children and future grandchildren. Spouses lose lovers, friends, and soulmates. It's a big deal, Memorial Day. Today while we enjoy a day of thankfulness and memories let's say a prayer for those who began their spiritual journey too soon. We should be grateful and feel blessed because the country which we call home was built by the lives of the brave. I pray we find solidarity and unity again so we can be the moral compass that the world needs so badly. Our honorable soldiers know about unity and solidarity. They know about brotherhood/sisterhood and the strength of all for one and one for all. They were from all walks of life and various ethnicities but on one team. May God continue to bless America.

I only regret that I have but one life to lose for my country.

America is hope. It is compassion. It is excellence. It is valor.

Patriotism is supporting your country all the time, and your government when it deserves it. Mark Twain

Dedicated to veterans everywhere and my former students who have chosen to be a part of the United States Armed Forces.

May God Bless you and keep you.