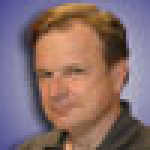 At first I didn't quite understand the attraction of this Twitter thing. I admit that I was one of those poor, laggard, 20th-Century thinkers who wondered, "Why would anyone (other than jealous spouses) want to track what anyone else is doing at every moment?" And it also seemed to me that after a certain space of time (say, two days maybe), since everyone would be simultaneously monitoring what everyone else was doing and also reporting what he or she him/herself was doing, that every "tweet" message on Twitter would consist of nothing more than, "I'm monitoring Twitter." Over and over, all day long, forever.

Oddly enough, that didn't seem to happen. So I decided to look into it a little deeper. Now I finally get it: I realize that I am the most fascinating person in the world, and everyone else desperately wants to know what I'm up to every moment of every day.

I'll admit that I hit a snag right after I began. I started reading my own tweets and sending new tweets replying to what I just said in the previous tweets. I got stuck in that loop for about a week and a half. Frankly, if there hadn't been a power outage that forced me to stop for a half hour, I might still be there. But I have the hang of it now.

Recently I went on a ski vacation and I didn't want anybody (other than me) to miss a second of it. Here's the transcript of my twittering:

I assume my many followers were riveted.

Respond to this blog