The unprecedented response to the COVID-19 pandemic has emphasized social distancing to slow the spread of the virus. Although, business closures and staying-at-home are effective at fighting a pandemic, they also have an impact on the economy.

Lawmakers passed the Coronavirus Aid, Relief, and Economic Security Act —also known as the CARES ACT — last week. The Act is the largest economic stimulus bill in modern history and provides $2.2 trillion in financial relief for businesses and individuals. 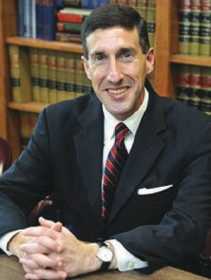 “When the virus hit the United States of America, we had in the House and the Senate passed two coronavirus funding bills that aimed at health testing and providing health care providers with what they initially needed to combat the virus,” said Rep. Kustoff. “We saw over the course of a few weeks, one of the strongest economy’s that we have experienced in our nation’s history, really become disrupted. Businesses are having to close, and then there are also layoffs for furlough employees because of the coronavirus. With little cash flow, it was a possibility that the economy of the country could be directly harmed. So, with President’s Trump’s leadership, we passed the CARES Act.”

Rep. Kustoff said the government would issue payments to individuals and families within the next few weeks. In an effort to stimulate the economy, there will be payments of $1,200 per person, with an additional $500 per child under 17 years of age.

“I think people will be able to start seeing that money in the middle of April,” explained Kustoff. “The U.S. Department of Treasury is trying to figure out whether they will be giving out direct deposits or checks. People can still get money if they make less than $99,000. It would not be the full amount, it would be reduced.”

“The money is meant to help out with mortgage payments and car payments, so people do not feel so financially squeezed,” he added.

The IRS also noted Americans who weren't required to file taxes in the last two years would have to file a simple tax return with information such as filing status, number of dependents, and bank information so the government can send the money.

The bill allows Americans a temporary suspension for student loans held by the federal government. Payments will not be required until September 2020. The Act also expands on unemployment benefits, including a four-month enhancement of benefits. The plan includes freelancers and furloughed employees.

Healthcare providers will receive approximately $100 billion in grants to help fight COVID-19. The Act will expand the use of Telehealth medicine to surge capacity and diagnose and treat patients in a safe and faster environment, according to a press release.

Kustoff said hospitals, doctors and other front-line providers should have additional resources from the bill within the next few weeks.

“Part of the healthcare monies will go to the purchase of additional ventilators and other medical supplies for state response efforts,” he added.

A major component of the package is aimed at stabilizing and providing relief to businesses that have been hit because of the coronavirus.

The CARES Act provides grants and loans to small businesses to meet payroll and pay rent. According to a release, it also regulates relief so banks can grant loan forbearance for otherwise healthy businesses struggling while business has been shut down.

“I credit President Trump with recognizing the importance of small businesses and the many employees who have been hurt, through no fault of their own,” said Kustoff. “If a small business, with anywhere under 500 employees, uses this money for payroll or for other legitimate business expenses then the money will be a grant. It will not have to be paid back. So, that is an incentive for small businesses during these difficult times when a lot of businesses are closed. Businesses won’t have to repay this money as long as they keep their employees. I have talked to small businesses across West Tennessee over the last several weeks and some are second and third generation businesses. They are very concerned that they may not be able to survive this downturn.

“I get it,” Kustoff continued. “These are good business people and you think about what we as a nation are going through economically right now. What happened here over the last several weeks is nobody’s fault.”

According to the congressman, the funds for the CARES Act would add to the national debt.

“Ultimately, it is going to be borrowed money.” he said. “So, when you think about it, it is going to obligate the next two generations of Americans with debt. The problem is if the President did not sign the CARES ACT, the long term may not matter because of the short term. Three million people have filed unemployment claims and that number can increase over the next weeks and months. We had to provide a life line for our nation’s employees and small business owners.”

Lawmakers say they expect times to get economically tough for everyone, hence the stimulus checks. Kustoff said he wants to see how the economy does after the currency has been received.

“We just voted to spend two trillion dollars, and obviously, that is more than anyone ever expected,” he said. “What I would like to see is what effect this relief package has on the economy and how much it helps.”

Kustoff plans to pay close attention to the coronavirus in regards to individuals and businesses.

“We want to make sure businesses are viable and they can open for business once these orders are lifted,” Kustoff added.

On Monday, March 30, Kustoff joined other Tennessee delegates urging President Donald Trump to approve a request by Governor Bill Lee for additional federal assistance to Tennessee during the coronavirus fight. This assistance is to be in addition to what will be provided by the CARES ACT.

“The coronavirus has hurt Tennessee’s businesses, families, health care workers, and communities. The virus has placed a significant burden on our state, and to help combat its effects, we must receive additional resources from the federal government. I appreciate my colleagues joining me in signing on to this letter, and I urge President Trump to quickly approve our state’s request,” said Kustoff.

In a press release, Rep. Kustoff attached this letter:

“On behalf of the State of Tennessee, we are writing to express our support for Governor Bill Lee’s request to declare a major disaster pursuant to the Robert T. Stafford Disaster Relief Act as a result of the coronavirus (COVID-19) pandemic beginning on January 20, 2020.

“During the last two weeks, the federal government has approved more than $2 trillion to help keep payroll checks coming, to relieve the financial burden on Americans and to assist states and cities with the cost of and consequences of containing COVID-19. Governor Lee has now asked for further specific assistance under the nation’s disaster relief laws, and we support his request.

“The coronavirus pandemic has already forced the state to take unprecedented actions to protect Tennesseans and slow the spread of the virus. As of March 28, there have been 18,388 tests performed, with 1,373 confirmed cases, 6 deaths and 118 hospitalizations across 58 counties. We anticipate those numbers will continue to rise.

“This disaster has already and will continue to place a significant financial burden on the State, local government, and impacted individuals. Governor Lee has already issued seven Executive Orders in response to the coronavirus pandemic, including issuing a State of Emergency, deploying 300 members of the Tennessee National Guard to support testing, forming a Coronavirus Task “Force to lead Tennessee’s response, prohibiting gatherings of 10 people or more, and prohibited non-essential medical procedures. Additionally, 25 counties and 34 individual cities have also declared a local state of emergency and while schools are closed the Tennessee Department of Education has established 800 sites across the state where children can receive two meals a day.

“However, Tennessee needs additional resources. Governor Lee has submitted a request for Public and Individual Assistance, Hazard Mitigation, and approval to federally fund the deployment of Tennessee National Guard members in support of Tennessee’s COVID-19 response, under Title 32.

“We strongly urge you to approve Governor Lee’s request, and we hope you will consider our State’s request as soon as possible. Our offices can provide you with any additional information should you have any questions.”