High school football is back on track, or is it? 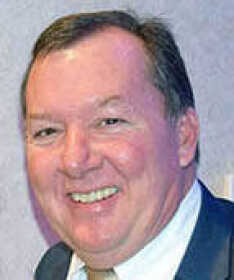 On Wednesday, Gov. Bill Lee announced plans to sign Executive Order No.55, ultimately removing the restrictions for contact sports. In doing so, a big hurrah was heard throughout the state from many as the stage is now set for high school football to basically begin on time without delay.

As a sports editor for a decade from 2004-14, no high school sport compared to the adrenaline of being on the sideline at a high school football game under the lights. In most cases arriving early to talk to coaches or fans in general, it was the highlight to a very busy week.

As I walked the sideline taking pictures as well as notes regarding the action on the field, it never once entered my mind there was a possibility it could be all be taken away. And then, without warning, along came COVID-19.

In March when the nation began paying attention to the virus, and restrictions began being announced, the thought process was never that the high school football season would be threatened. Yet, here we are in late July and we just received the news everything would proceed as scheduled.

On one hand, the one that loves high school football as much or more than any other sport, it’s exciting news to say the least. On the other hand, the one believing we’re setting ourselves up for failure, the announcement was pretty alarming and concerning.

In a few moments later in this piece I’m going to throw out a hypothetical situation I think everyone needs to pay attention to. However, first a thought or two on the current pandemic is worth sharing.

Going back to March when it appeared the nation was under attack by a virus, it was pretty scary for many across the country. Some said the coronavirus was basically a tool being used to unseat the president, in other words a political ploy, while others were left scared about the unknown regarding the virus. People rushed to stores and bought everything that even resembled toilet paper thinking we may all be quarantined for a long period of time.

We were encouraged to wear masks, then told we didn’t need to wear masks. Then we we’re told once again to wear masks. This caused mass confusion amongst many people, and some I know said they would not wear a mask. They said it was a violation of their rights to be required to wear one, and so on and so forth.

Personally, I never changed much of anything in my day-to-day life. As of today, the only things I know of I’ve done differently is perhaps washing my hands a bit more than normal, and avoiding shaking hands as much as possible. I honestly didn’t put much stock into the so-called dangers of the coronavirus, however, that’s a personal choice and I’m certainly not here today to advise anyone to think otherwise.

Then, without warning, a family member tested positive for COVID-19. The symptom they had was a stuffy nose, which for the last 15 years we assumed as nothing more than a summer cold. However, in 2020, the same sinus cold we had witnessed for years was now the coronavirus.

So, since I had been in close proximity to this person, I had blood drawn for the antibody test, and also was tested for the virus. I’m not sure how many readers have been tested, but allow me to convey when I tell you it felt like the swab stuck up my nose had an exit strategy of coming out my ear. Whew!

When the call was received with my results, I already felt confident reagarding the results. Both test were negative, and while I was thankful for the results, it seemed like much ado about nothing. I’m not going to tell you the virus isn’t real, however, in my case I’ve never felt better in my life.

To those testing positive, I’m sorry for the pain you are going through, or have gone through. I’m truly sorry if your symptoms were worse than allergies. I’m sorry this pandemic has caused so much pain to so many. Overall, I’m just sorry, and that includes receiving all the misinformation we’ve heard regarding the pandemic.

Now, back to high school football and the hypothetical situation that can I can almost guarantee is going to happen as football gets underway. I’ve shared this thought with several coaches as well close friends, and today I want to share it with you, the readers.

Let’s say Dyersburg and Dyer County play on Friday night (wouldn’t that be awesome). The morning after the game, a player from DHS wakes up ill and feeling bad. The player has a symptom or two of the coronavirus and is immediately taken to be tested.

The player in question played both sides of the ball. In other words, he was a standout both on offense and defense. The player from DHS tests positive for COVID-19. The situation, according to the Center for Disease Control (CDC), calls for a 14-day self-quarantine from last exposure by any and all players that came in contact, or within 6-feet, with the player testing positive. In essence, the positive test would pretty much knock out the DCHS starters on both sides of the ball for 2 games, while the entire DHS team would be done for two weeks since the player in question was probably around all of his teammates at one time or another.

Unfortunately, this hypothetical has a strong chance of becoming reality once the games begin. It may not happen to either of our local squads, and I certainly hope it doesn’t, but I can almost guarantee sports fans it will happen somewhere across the state.

If and when the 2020 season actually does begin, let’s look at something even worse. Let’s say it comes in Week 7. Either the Trojans or Choctaws, or perhaps both, are undefeated and rolling toward the state playoffs, and the aforementioned happens. Can you imagine what that will be like? Unfortunately, the reality is it going to happen somewhere in our great state.

I simply believe there are going to be issues along the way, lots of them.

If someone with nothing more than a summer cold as the only symptom — a cold they have every year around this time — tests positive for COVID-19, do you really think we can make it through a regular season on the gridiron without consequences?

Hopefully, I’ll be wrong on this, and I’ll be the first to say it if we make it through the season unscathed, but I don’t think so.

In any case, as of today we are full steam ahead regarding the 2020 season. As a sports fan, this is the time of year we all get excited because high school football is right around the corner.

Hopefully as teams round the corner they don’t run into a coronavirus wall and bring everything to a halt.

Only time will tell.

See you at the games, hopefully.

Comments
View 2 comments
Note: The nature of the Internet makes it impractical for our staff to review every comment. Please note that those who post comments on this website may do so using a screen name, which may or may not reflect a website user's actual name. Readers should be careful not to assign comments to real people who may have names similar to screen names. Refrain from obscenity in your comments, and to keep discussions civil, don't say anything in a way your grandmother would be ashamed to read.
Respond to this story