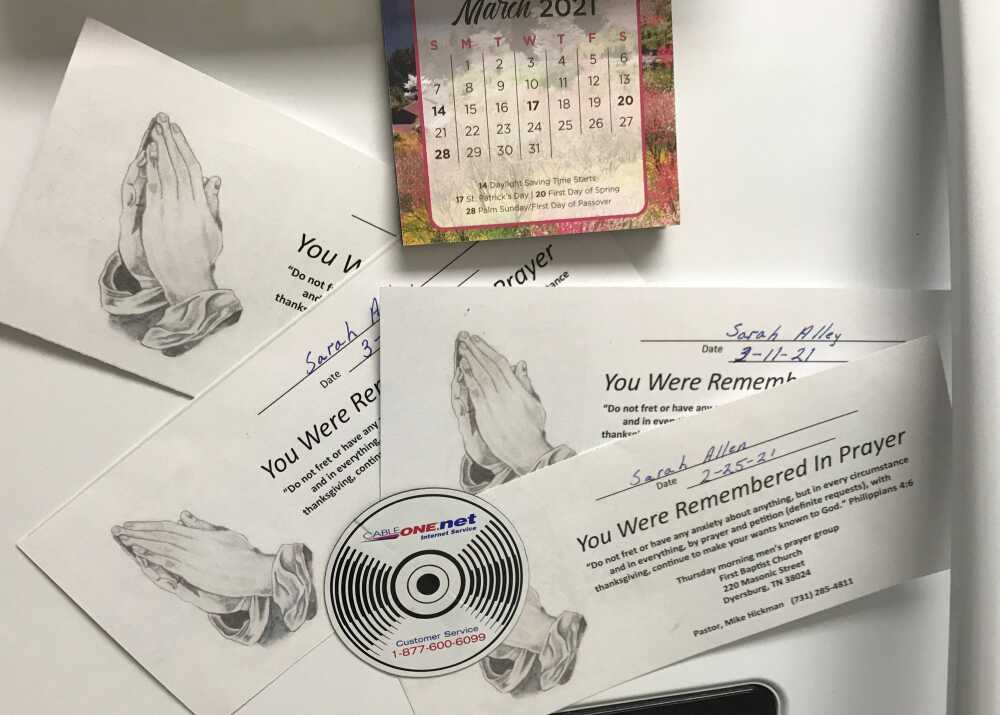 In my mind lately, I have been wanting to write for so long. There have been so many mornings that I had read something that made me think of all of you. Things that touched my heart and I want to share. Seeing all of the little miracles around me unfold. Today is Saint Patrick's Day. It's more than just green beer and wearing green to keep from getting pinched! I know the back row did not want to hear that.

During these long days of the pandemic I have been so blessed to be enveloped with love from my family. Now, I did not say that we did not fight or get into squabbles. In the Alley house, we call our squabbles incidents. We have certainly had several " incidents." We have recently begun to inch out of our little dens like Punxsutawney Phil the groundhog. Depending your mindset, how much did you grow during the pandemic? Did you grow spiritually? Did you grow emotionally? Think of what you gained from the pandemic time. I certainly gained a lot. Yes back row you have homework. Think of things that you were blessed with during the pandemic.

This leads me back to St. Patrick. Saint Patrick did not struggle through a pandemic but the parallels of his indentured servitude are something we can look at to help us understand the power of God. Let me paint the picture a little bit for my students. St. Patrick was born to two very devout Christian parents in Roman Brittania. They were wealthy. He had a great life until one day he was captured by Irish pagans and sold into slavery as a shepherd in Ireland. He was about 16 years old. 16! Can you even imagine? It makes our pandemic time look very wimpy. He was not a very studious child but as he spent his days on the mountains and hills in Ireland tending the sheep, he got closer and closer to God. He felt God within him. He spoke with God. After several years of enslavement, God told him to go to the coast. He would find a boat there. This boat would take him back to his home country. He traveled 200 miles of course on foot. I don't think they had many types of transportation in the 4th century. He did see a boat and whenever he went up to the boat and begged for a passage back to his home country the sailors said no. As he was walking away, they had a change of heart. They allowed him to ride with them. The journey was perilous. There were many times of despair. One of those occasions the sailors told him to pray to his God because they were all going to starve to death. Patrick did just that. He prayed and there were pigs freshly slaughtered that they came upon. They ate their fill. Patrick made it back to his family. Before the celibacy rule, his father and grandfather were priests. He followed suit. Something kept telling him to go back to Ireland. He had a dream that the people of the Ireland were begging him to come back. After his studies, he returned to Ireland. He became a bishop there. He performed many miracles and some of those were on the high holidays of the Druids. This always caused a stir. Saint Patrick lit a fire on the high holy day of darkness. They were not able to put the fire out. Miracles like these help to convert the Irish people to Christianity. The miracle that is most talked about is how St. Patrick drove the snakes from Ireland. When we think of Saint Patrick's Day we think of clovers. They are associated with Saint Patrick's Day because he used the clover to describe God as three people in one. St Patrick was very close to nature and saw God everywhere in nature. He walked fearlessly having been granted a long life in Ireland. His only fear was of his God. Anything of this earth did not bother Saint Patrick. Today he is the patron saint of Ireland. You see back row, It's more than green beer and wearing the color green!

Don't forget your homework! There are blessings everyday in our lives. There are tiny miracles all around us. During this time I have been given a group of women to read and share the Bible with and try to figure out how we can be closer to God. I have been given little notes of love in the mail from people of all types of faith that are praying for me. I am so thankful. I really do feel the prayers. How did you grow like Saint Patrick?

Quotes of the day:

Be still and know that I am God.

Be still and know that I am.

Be still and know.