Time to show your love for DCHS, DHS 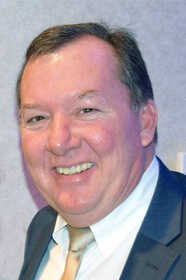 When the dust settled on Friday night and a team from DCHS as well one from DHS had punched their respective tickets to the state tournament in Murfreesboro, a flood of memories rushed through my mind from years past.

Reaching the state tournament is a lofty expectation most teams enter the season with, but only a few are fortunate enough to actually see the dreams come to fruition.

At DCHS, the Lady Choctaws hammered their way past Houston to earn a trip to the dance, while at Dyersburg the Trojan soccer team throttled past Haywood County to put on their dancing shoes as well.

So, here we are with two local teams about to embark on what possibly could be a history-making adventure, one resulting in a state championship.

If you think about it for a minute, wouldn’t it be absolutely awesome if both returned as state champions and we had one huge parade for both teams? That’s right, I said it.

Let’s get past the whole rivalry thing for a minute and talk about supporting each other. We are after all just seven miles a part, and having both schools represented at the big dance is one heck of an accomplishment.

So, what’s it going to take to get it done? The answer is somewhat complicated, but having covered a couple of state champions in my career, allow me to offer some insight into just what it will take.

Looking back, it was an awesome feeling, and a little bit of craziness, running back and forth to a pair of ballparks to catch both schools and their efforts to end the season as the best in the state.

As it turned out the Choctaw baseball team, behind a stellar performance on the mound from a baby-faced freshman named Colton Harris, played extremely well and took advantage of a few breaks en route to capturing the AAA state championship. I was sure proud to play a small role in providing the Choctaw story.

Fast-forward to 2014 and another team advanced to Murfreesboro from our community as the Lady Trojan softball team made it to the dance, and dance they did.

After losing the opening game, and I really hope someone gets these words to the Lady Choctaws, Dyersburg roared back and won six straight games to capture the state championship. My memories of that season are still fresh, and I’ll never forget the large contingent of fans there to witness the first state championship in school history. While most were Lady Trojan fans, there were several DCHS supporters there as well, and it was an awesome sight.

What I’m basically trying to say is what we have within both schools is talented programs, and both of these programs have been to the dance in previous years. While the two will resume playing each other beginning next season, with everything I have in me I would like to see us come together to support each other during this special week. Crowds of cheering fans pump these kids up, and we owe them as much for getting to where they are today.

Hopefully, this time a week from now, we’ll be talking about a state champion, or even two of them.

Both teams will face adversity, both will have to overcome it.

The community is behind both teams, so why not just go out and shock the rest of the state and return home as state champions? I truly believe it can happen, and I know the kids playing both softball and soccer believe in it as well.

Leave everything you have on the field.

Best of luck to both the Lady Choctaws and the Trojans!

Comments
View 1 comment
Note: The nature of the Internet makes it impractical for our staff to review every comment. Please note that those who post comments on this website may do so using a screen name, which may or may not reflect a website user's actual name. Readers should be careful not to assign comments to real people who may have names similar to screen names. Refrain from obscenity in your comments, and to keep discussions civil, don't say anything in a way your grandmother would be ashamed to read.
Respond to this story