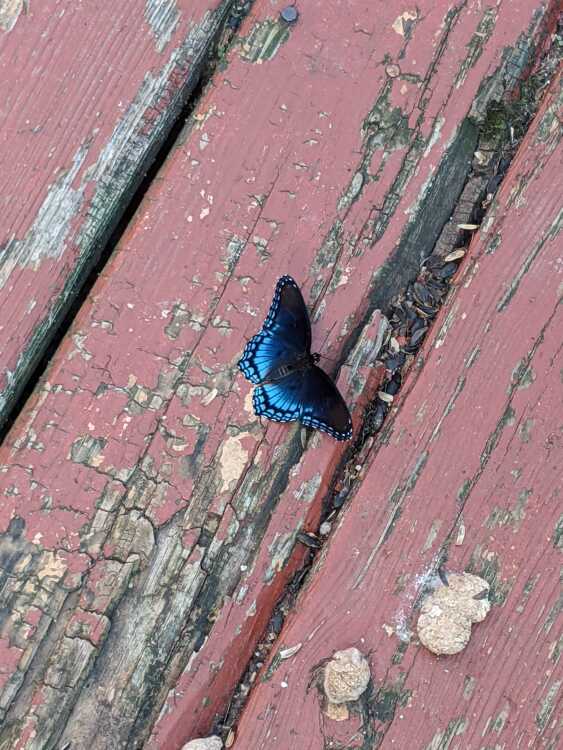 In my mind today, I am full of heartache, tears, and gratitude. Recently, our little town lost something very precious. It's not a government grant or a local business but a person. A priceless person. That person was what I always called our "BFG." He was our big friendly giant. (Students did you not read The BFG by Roald Dahl. No? Read it. It's homework!) You would think with his stature that he would stand out, but that isn't the case. He was so full of humility and he never wanted any credit for anything he had done or inspired. One of our colleagues said it like this, "He was a brilliant man and could have chosen any career, but he chose to be a teacher and a school counselor." This is so true. I am so glad he chose to be a teacher and counselor. He has literally inspired thousands of children in our little community. He has inspired them to learn their multiplication facts, to be authors, influenced their emotional health, and even their physical health by inspiring them to run or walk. He was always a champion for the underdogs. He focused on reaching the least of us throughout his career. He was a tinker of sorts. He would take old bikes and refurbish them. He would deliver those bikes to children who had no other means of getting one. Things like this are never advertised. He is the one that inspired me to go around and save apples and milk from students at lunch that were unused. We then would distribute those inconspicuously to the students who needed them the most. Wasting was always something that he wanted to end. He was a writer or author should I say? He would do writing classes with the students and inspire their imaginations. He even wrote books and put them in the library at the school. They were self-published of course but he was showing the students by living his life that anything was possible. He even wrote a column for the paper about Highway 51. He was a carpenter. He built many items for his loved ones and was always there to help with Habitat for Humanity in our little town. He was a lover of the Earth. He started recycling in this area way before anyone else ever thought of it. Guess what he inspired his students to do? He was also a runner. He was a race organizer. He loved to run. I remember many moons ago when he inspired me to run. I remember getting New Balance shoes just like his. I didn't want to be like Mike. I realized who the real heroes really were. He was a cyclist. I don't know if many knew about his cycling adventures. It was Ohio. One of the bikes he used for that trek, I had refurbished whenever I started by cycling adventure. I remember returning it to him after I figured out my cycling days were over. It was a special bike. I also have a tandum bike he gifted to me to share with friends. I promised him that I would. So Darla and Jeff you know who you are, I have it hanging in my the garage waiting for you. He even held a political office for a while. I remember when he was running for office. I ran the Mission March that year wearing his campaign shirt. After the race, he came over and thanked me for wearing it. He was a leader in our local Civitan organization. He was always trying to help others learn to be good citizens and he helped influence this organization to support local nonprofits as well as many other things. He was a mechanic. He always had several project cars going. He just couldn't stand to see those cars rust and fade away. He refurbished several during his time here with us. If you see a yellow Honda, you always think of him. He was also a baker of treats. The first thing my daughter said was, "Oh mom, No more cookies." He would always give her a dozen to take with her to college to share. They are the absolute best cookies ever baked. He and his youngest invented the marvelous recipe but of course he gave her all of the credit. Last but not least, he was a storyteller. His stories were always so fantastical. He was just so wise. He was so much like Mister Rogers. I think he rivaled him in every way and how blessed are we that had him.

I remember asking him about how he met his wife. I always do this. It amazes me how people meet and fall in love. He described it as almost a love at first sight. He was always enamored by his wife's beautiful, brilliant mind and strength. That love blessed them with many children. I am so thankful to God for their relocation to our area. After his wife finished law school at Vanderbilt, they came to our little corner of the world. She would fight the legal battles with her intelligent mind and he would fight the local poverty through his vocation. Such a match that blessed this little area. He and I had many conversations, but after I learned of his journey back to our Creator, I kept thinking of John Cougar Mellencamp. I know my students in the back are thinking she's lost it! He recalled the time that he and his wife went to one of his concerts. The morning after I realized he had left the Earth, I couldn't quit crying. I tried to hold back tears in front of my children. The next morning at coffee time, my husband said, "It's okay. Cry. We lost one of the good ones. While I was doing my prayers, I realized that I didn't need to pray for healing of this body for him, but said a prayer for his journey home." So I did for a long time. My children were very worried as I knew they would be. So I went out to my prayer spot on the deck and played John Cougar Mellencamp. In every song that played I could feel a thread of his life: "Jack and Diane," "Born in a Small Town," "Cherry Bomb," "Check It Out," and "Little Pink Houses." Sitting out there listening to music a butterfly approached me. It stayed with me all day. As soon as I saw it, I remembered what my friend's grandmother had once told me about butterflies and how they give you a sign from heaven. I immediately felt so warm. I knew he was where we all want to be. He had shed his body and was flying. This morning I knew I had to get this out of me to honor my friend. I decided to just check my email one time before I started. I received a an email from his daughter. You see, he and I exchanged at least an email a week. Just silly updates about what we are writing or what our children were up to and about living each day to its fullest. I just kept hoping I would hear from him one more time and I did through his youngest. You see, the seed he planted in her is beginning to bloom. After I read it, the same butterfly landed outside of my window on the hydrangea bush where I sit each morning and pray.

As teachers and counselors, we understand that the fruit of our labor is not often seen in our lifetime. I know because of him, there will be so many more like him. I know he has planted so many seeds in this little community. If you are a former student of his, that seed is probably in you. Embrace it. Do just like our BFG or Mister Rogers, Be the Good.

"What lies behind you and what lies in front of you, pales in comparison to what lies inside of you." Ralph Waldo Emerson

"To be yourself in a world that is constantly trying to make you something else is the greatest accomplishment." Ralph Waldo Emerson